How Many Plants Can You Grow with a Medical Card in Florida?

Recreational marijuana is not currently legal in Florida (though the tide may be turning on that front—more on that later). Marijuana is legal for medicinal use, however, and patients who have been diagnosed with an approved condition can obtain a medical marijuana card. Marijuana can be purchased at licensed medical dispensaries throughout the state.

But despite the legality of medical marijuana, it is still illegal to grow cannabis plants at your home. So, if you’re asking how many plants you can grow with a medical card in Florida, the answer is zero.

Of the 35 states where medical marijuana is legal in some form, it is legal to grow marijuana plants in 18 of them. There are serious efforts underway both to legalize growing plants for medical use and to legalize recreational marijuana altogether in Florida.

The Florida legislature legalized medical marijuana prescriptions for seriously ill patients in 2014. Originally it was only allowed for patients with epilepsy and cancer, but was expanded in 2016 to include a much broader list of symptoms, including PTSD and several chronic pain issues.

There is an effort to get a measure on the ballot for November 2022 to legalize growing marijuana plants for medical patients. It would amend the 2016 amendment to redefine “medical use” to include growing up to nine marijuana plants. This would include patients and their caregivers.

The effort must gather 891,589 valid signatures (8 percent of the total number of votes cast in the previous presidential election) by February 1, 2022 to qualify for the November ballot. It must also follow Florida’s signature distribution requirements.

Washington and Colorado were the first states to legalize marijuana for recreational use, in 2012. In 2021, a total of 15 states have legalized marijuana for recreational use, including Nevada, California and Illinois. New Jersey voters were the latest to join the bunch, agreeing to legalize it in November 2020 with a nearly two-thirds majority in favor.

Government officials in Florida remain split on the issue, however. There is no timetable for a potential vote on the bills introduced this year. Florida’s governor and speaker of the house have stated their opposition to the idea.

No matter what the status of potential bills in the legislature surrounding recreational or medical marijuana in Florida may be, it is completely legal to purchase smoking devices and blown glass gifts. For the best selection of these and other smoking accessories, check out 24/7 Smoke Shop today. We look forward to assisting you! 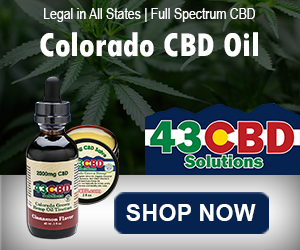